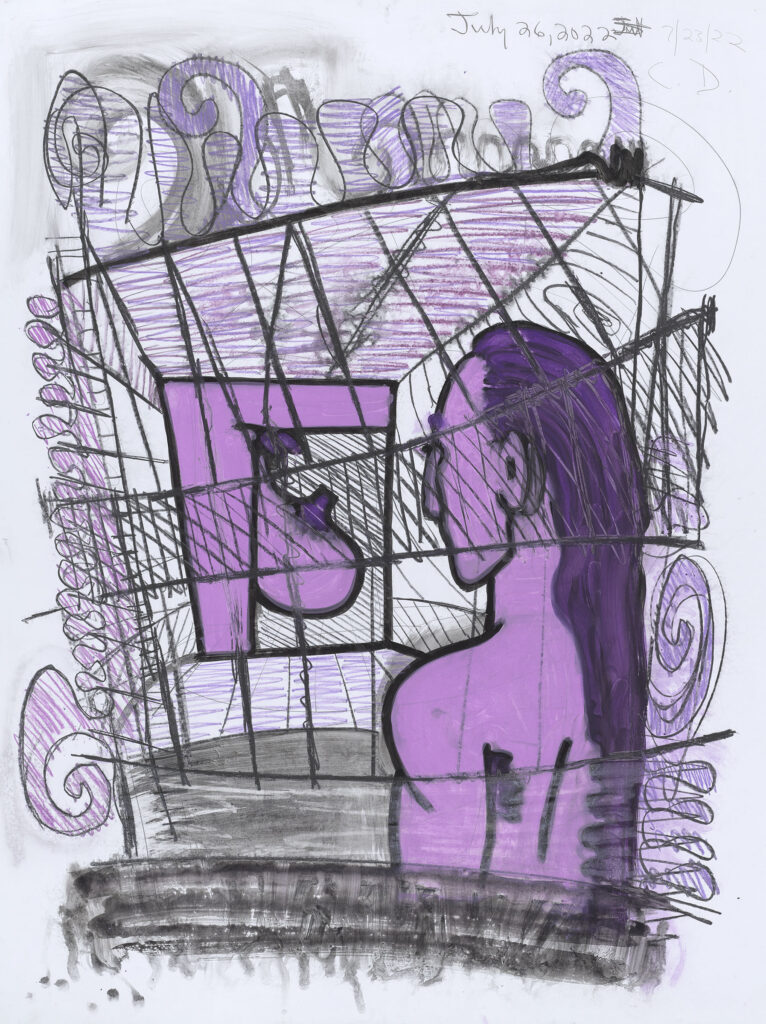 Carroll Dunham (born 1949) is an American painter and a prolific printmaker. His highly personal style is characterized by biomorphic and cartoonish figures that have evolved into vivid nudes with graphically rendered genitalia set in fantastical, saturated landscapes. Dunham’s works are an exercise in mining the subconscious with his figures often engaging in violent or sexually suggestive actions. He has stated that these figures are subjects that allow him to make paintings, objects around which he can delineate space and explore perspective.

Carroll Dunham has been an avid printmaker at Two Palms since 1995. The resulting works can be found in institutions such as the Whitney Museum of American Art, Metropolitan Museum of Art, Yale University Art Gallery, and the Museum of Modern Art, New York. 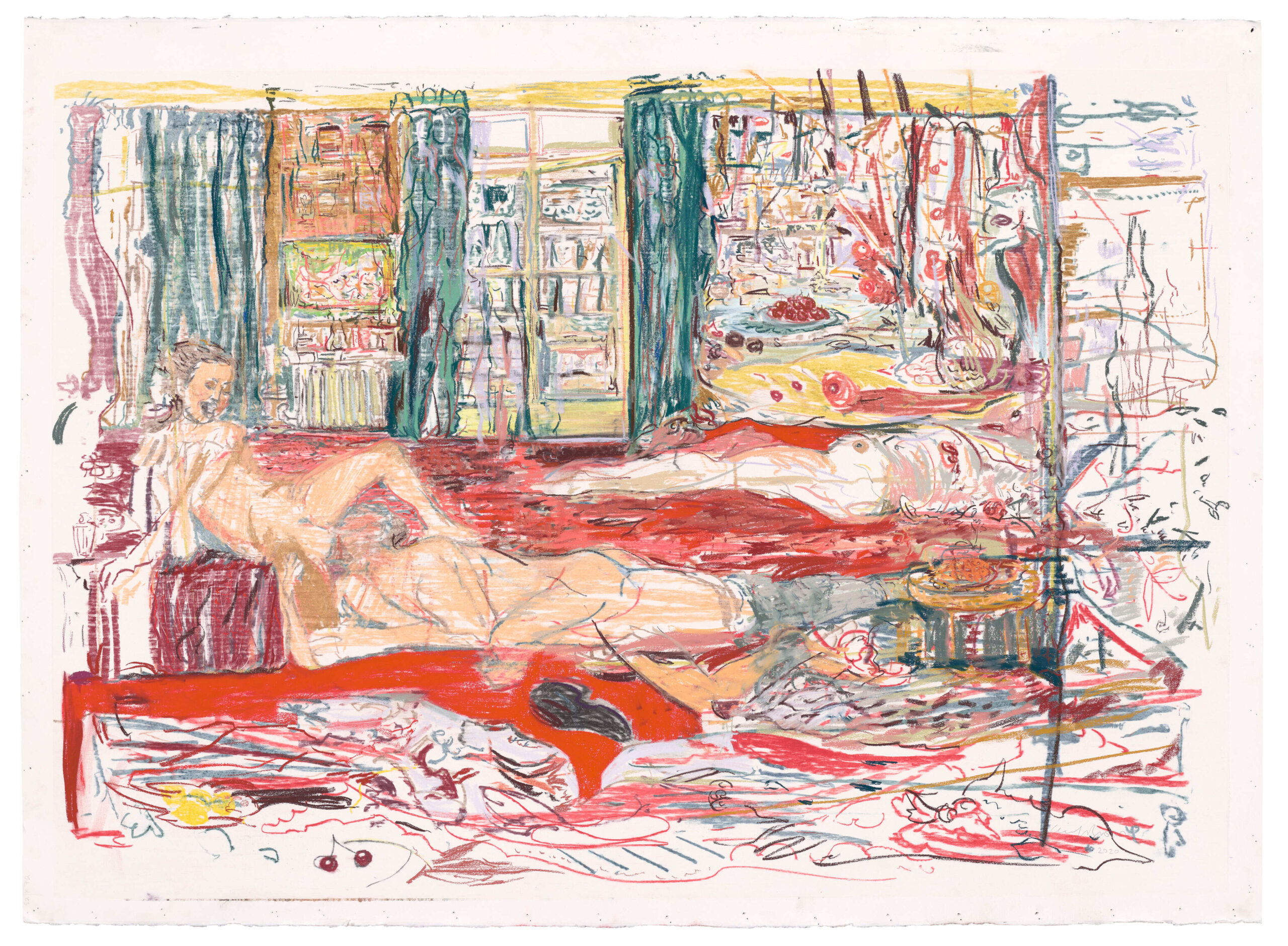