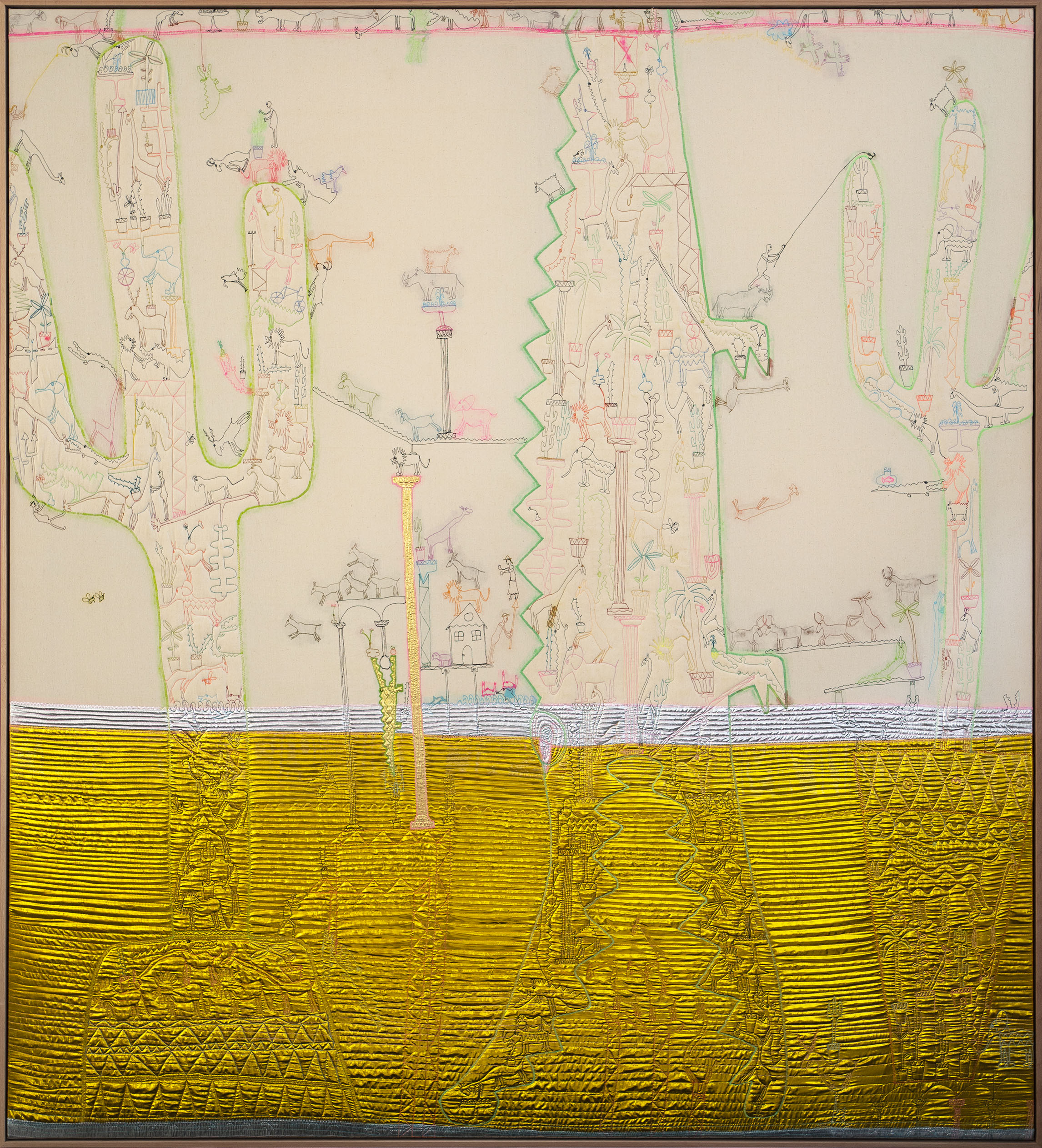 We are very pleased to introduce our solo exhibition ‘I Wish’ by Georg Haberler.

Georg Haberler (b. 1985) works with a sewing machine and a colourful palette of inks to create mixed-media paintings full of abstract and representational elements. These elements are often arranged in a way they seem to be playing with each other, trying to tell something. However, from one element to the next, they fluidly follow the determination of a painterly logic. As such, Haberler’s works are endlessly captivating as arrangements, inviting the viewer to discover and tell their own story.

You sit there, alone or with a trusted friend (or parent) carefully studying each page, considering  both the pros and the cons. “Need to have and nice to have”.  Expectations and wishes. You make check marks, then delete check marks. I want that one! And that one and that one too. Maybe you should mark that one as well, just in case…

The toy catalogue becomes so worn out that it would actually be completely impossible for Santa to deduce which items made it to the final wishlist. But there is no final wishlist anyway. That’s the whole point.

Because it doesn’t matter that the goal is materialistic – the wishful journey towards fulfillment or disappointment is an adventure – no matter if your wishes come true or not, they all end up as a memory of a mood – you don’t remember things the same way you do experiences.

You want. You wish. You hope. You believe. And then you grow up. In its purest form, the joy of expectation is left behind in childhood, probably because it is incompatible with experience.

Nonetheless, right now is very much the time for wishing fervently, because the whole world is up to its neck in flaming shit – and because it’s almost Christmas again, here and in most of the West, at least. And for Christmas, we are allowed to “wish for” a little more naively – it’s pretty much implicit in accepting the whole premise of Christmas.

Georg Haberler really hopes he can help us all find the ability to wish again. Dig it out of the many layers of memory and brush off the dust of experience. And when Haberler wishes for something, he acts – by painting. His paintings stand out in clear colors and hum like mysterious and chaotic spaces, where architectural figures and bizarre animals let loose in a strange and strangely logical balance. They look like a fairy tale, but there is no dramaturgy or chronology. They just manifest a wonderfully awkward landscape, where as a spectator, listener and reader, you can’t help but find your own way and get lost in the trip back to the time before everything became too logical and experiential. Back to the days when we really believed in the magic of the wishlist because after all, it is important to have something to hope for.

With the exhibition I Wish, it’s Haberler’s profound wish to lead us on a Dickensian trip down memory lane. In fact, he wishes it so fervently that he actually believes it – and that after all is entirely in the spirit of Christmas. 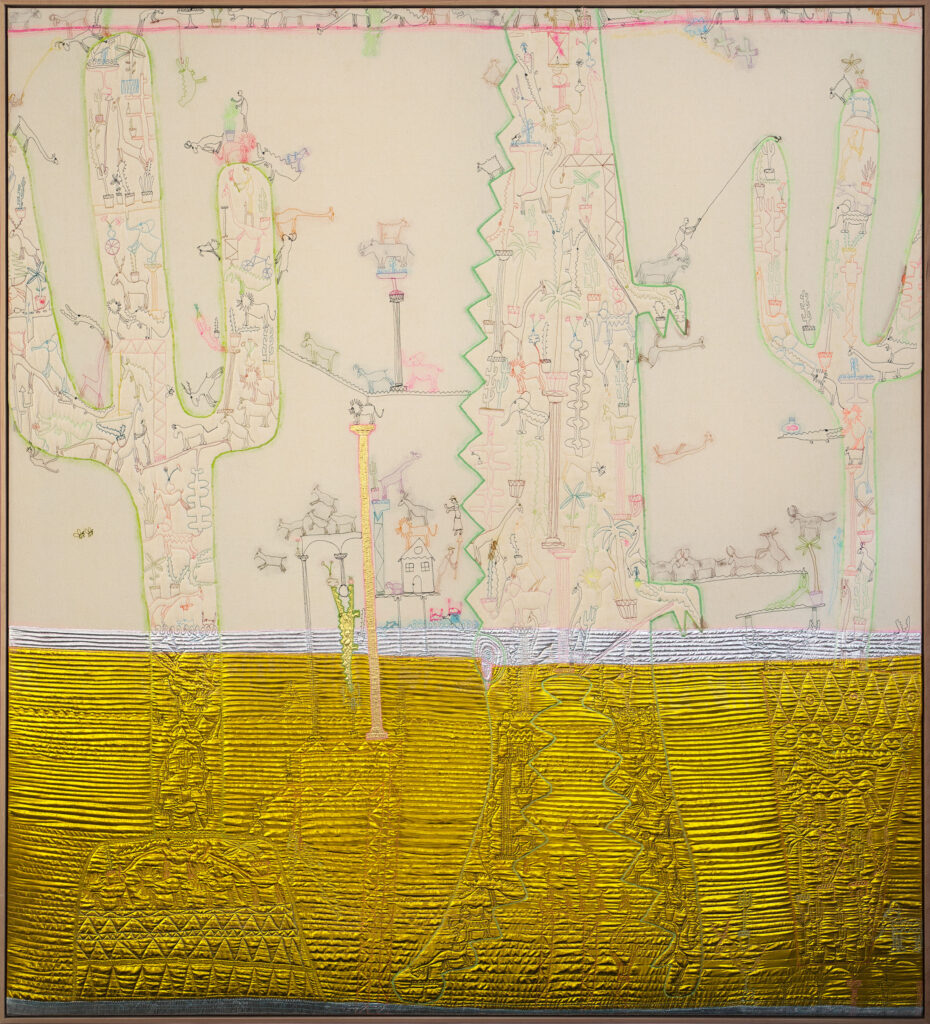 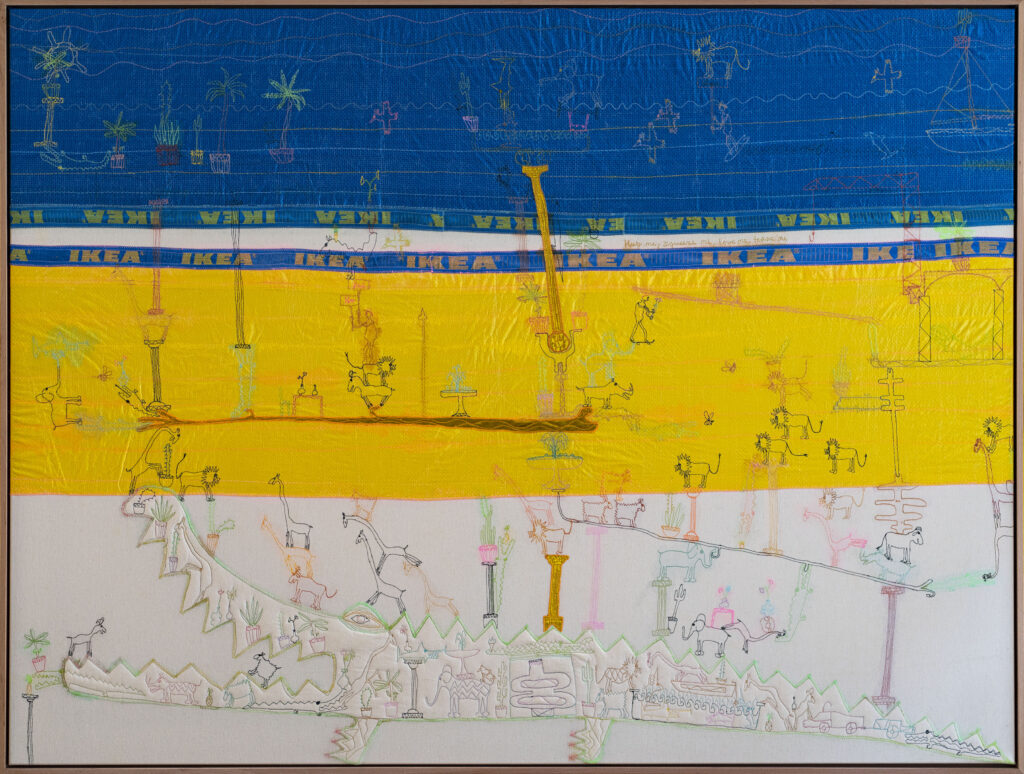 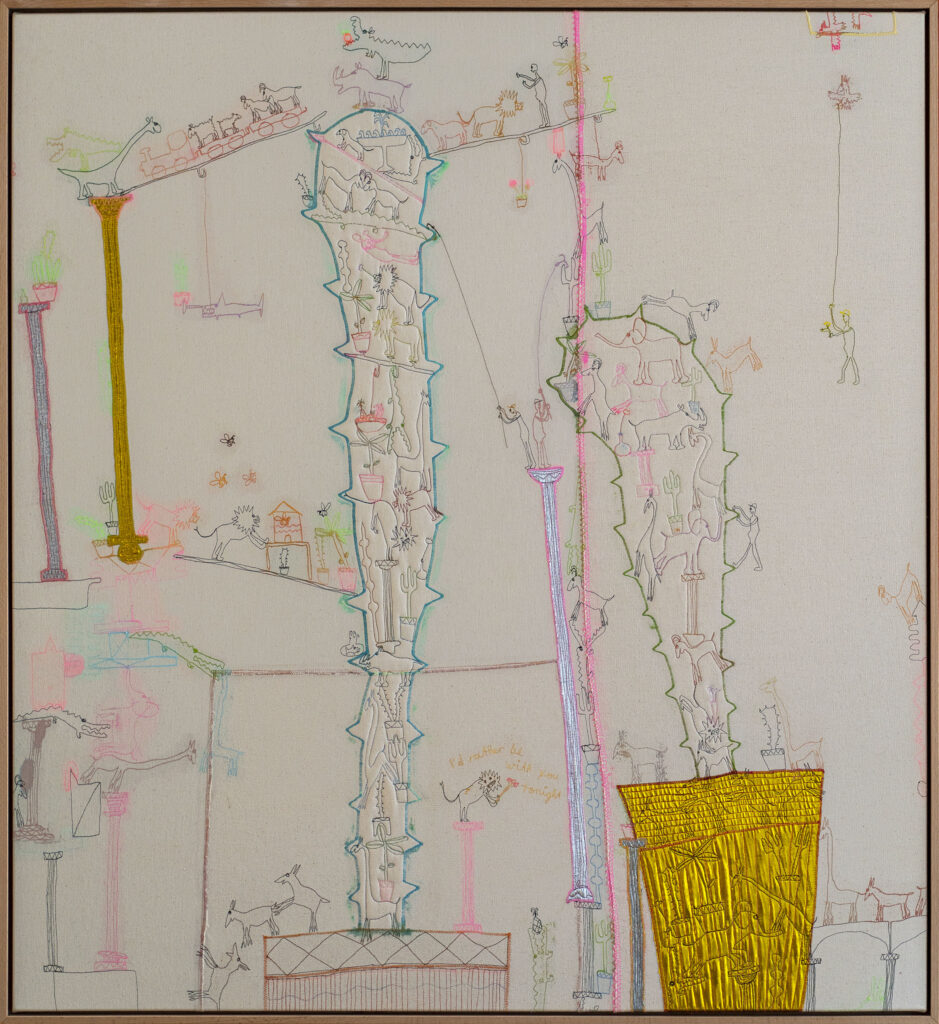 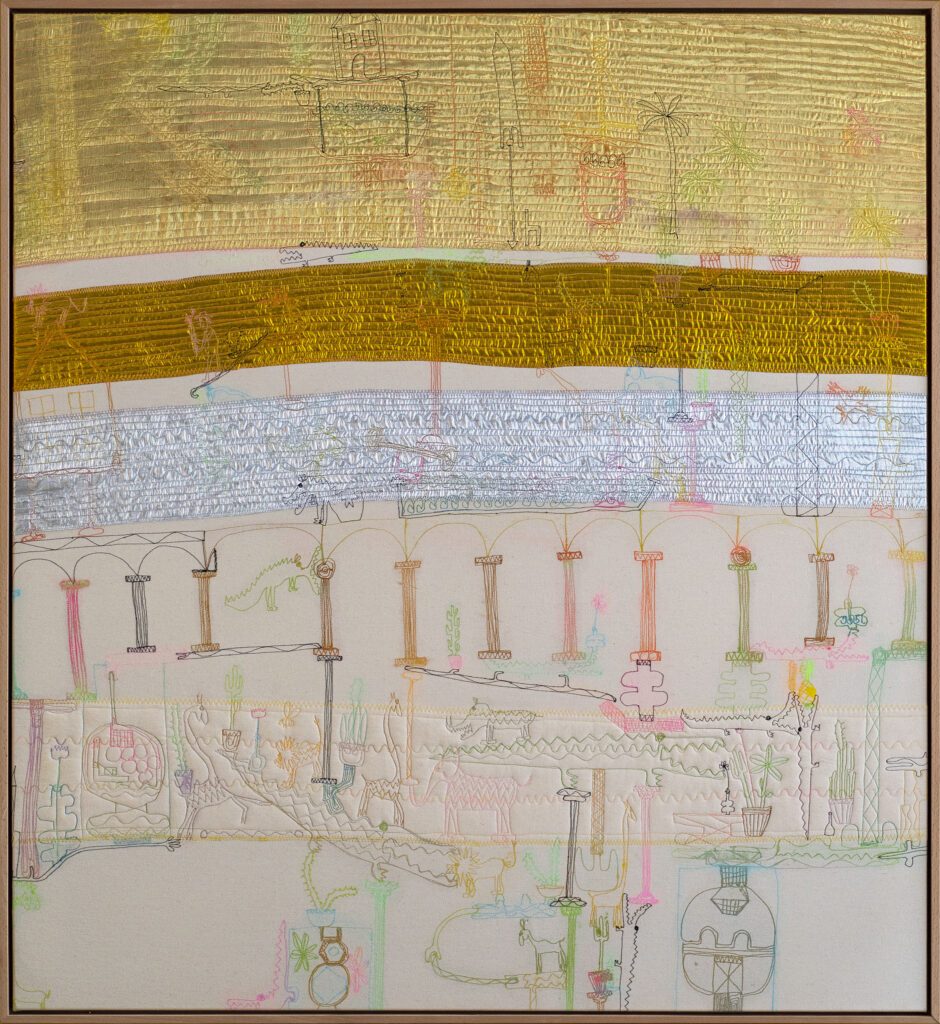 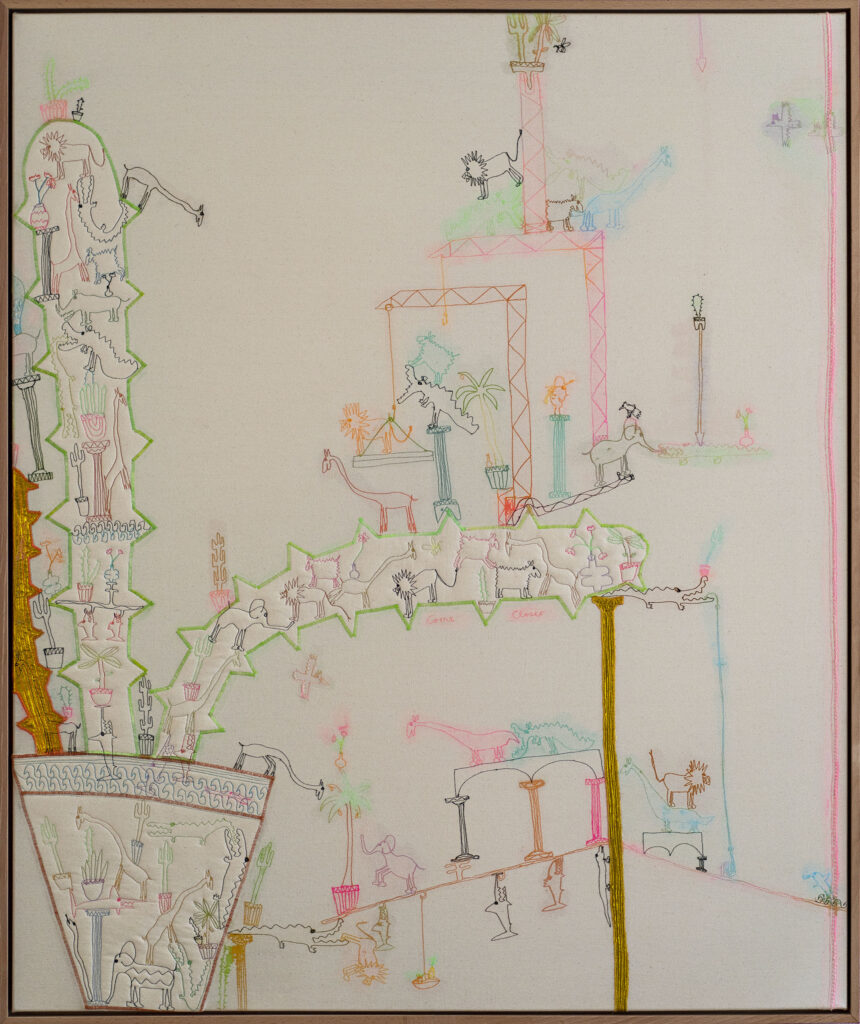 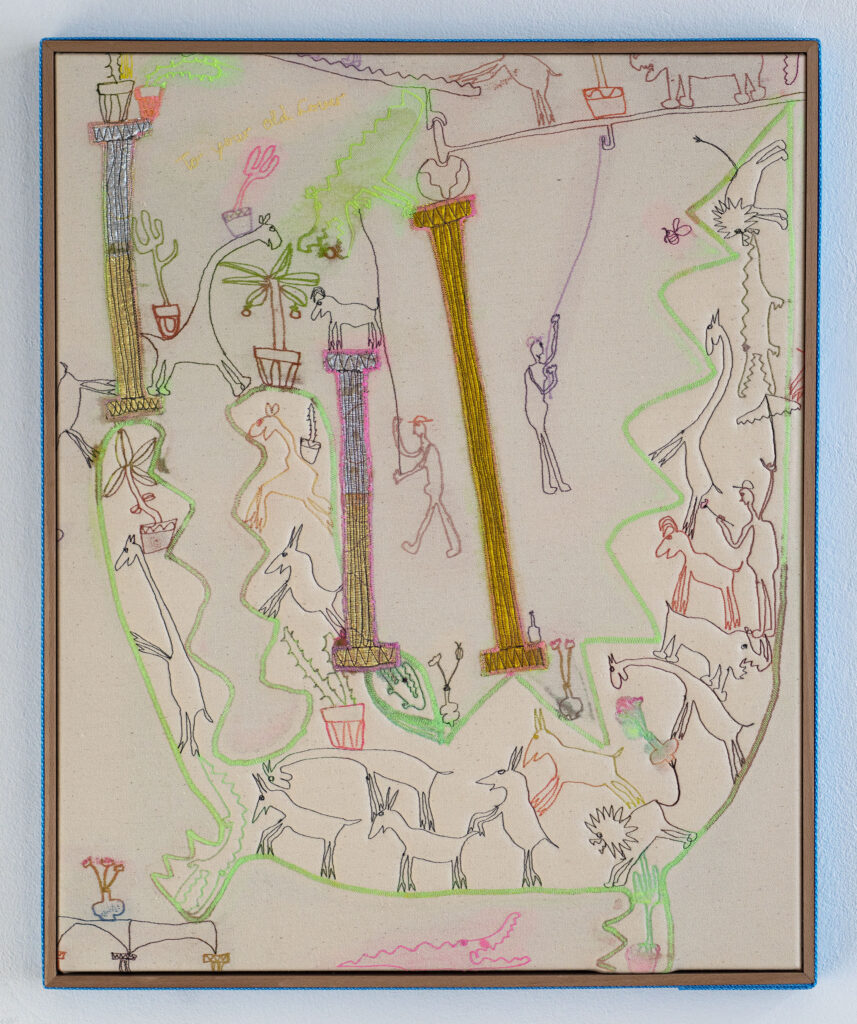 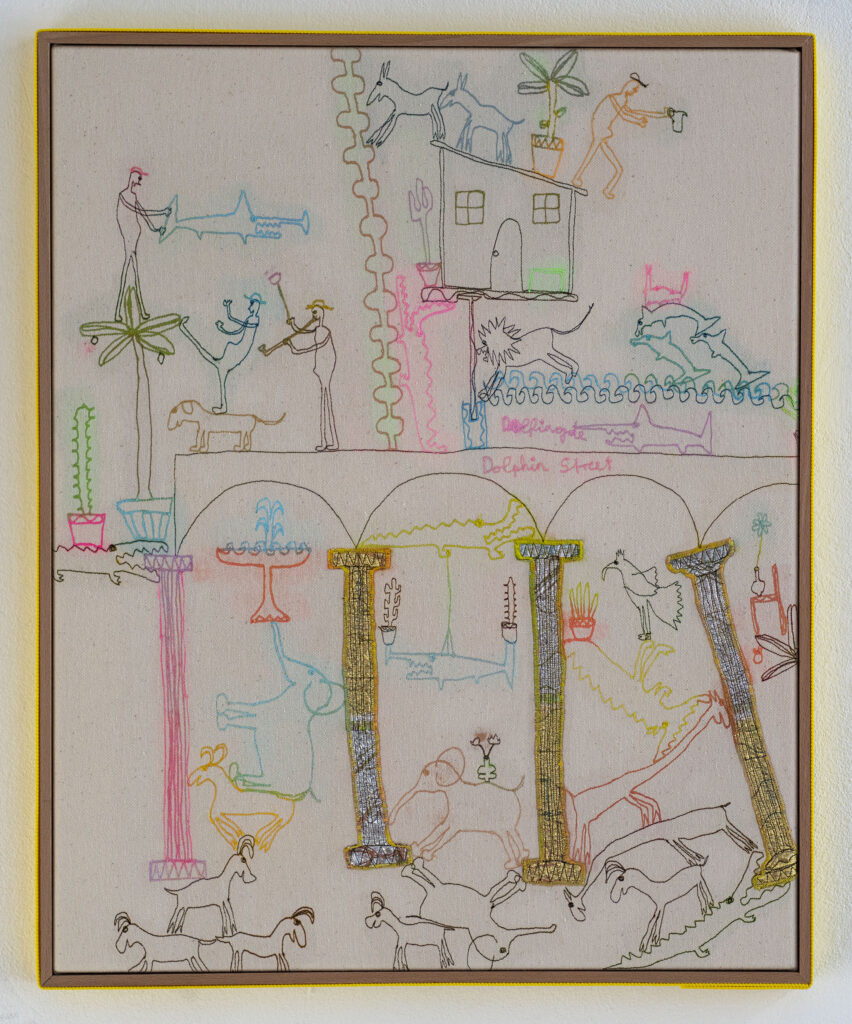 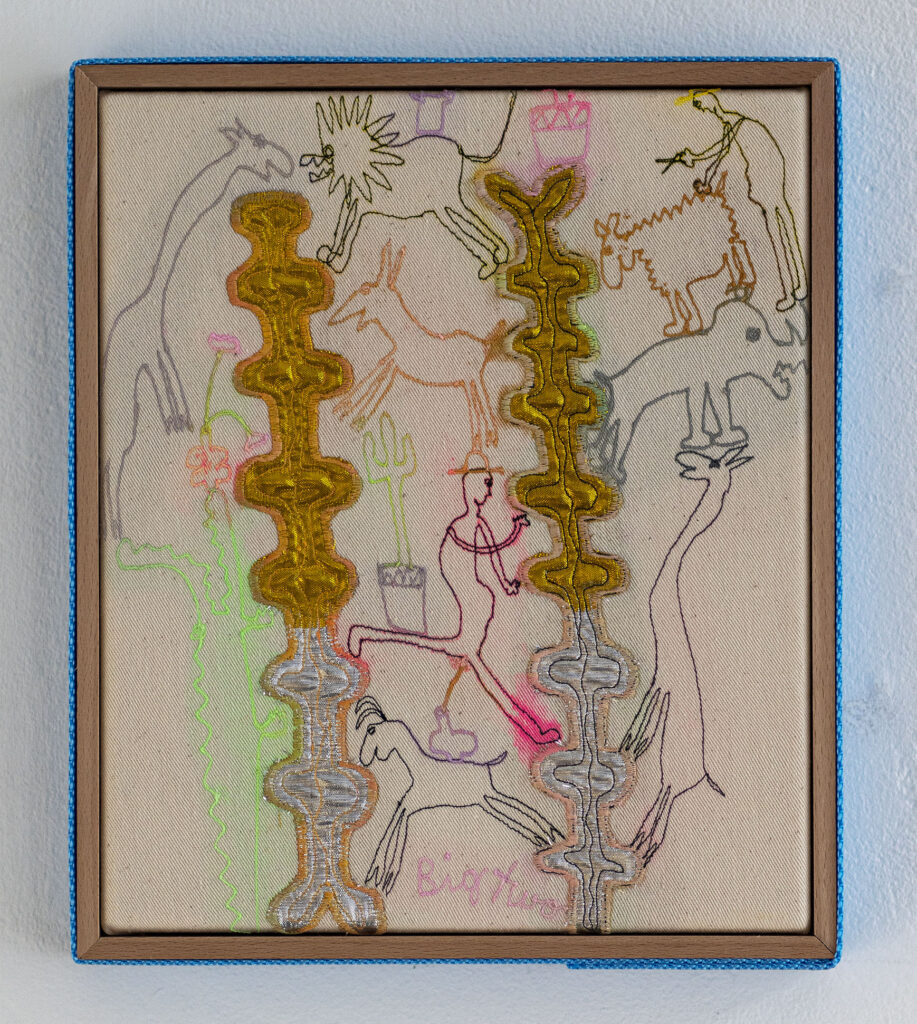 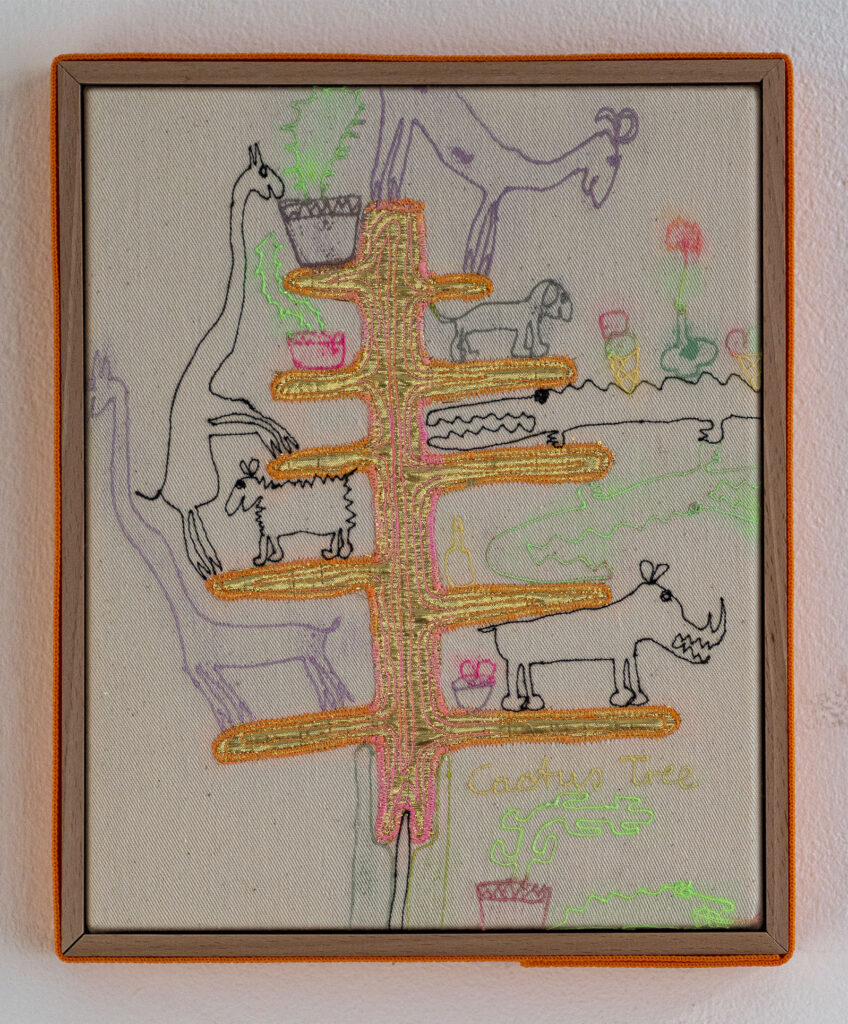 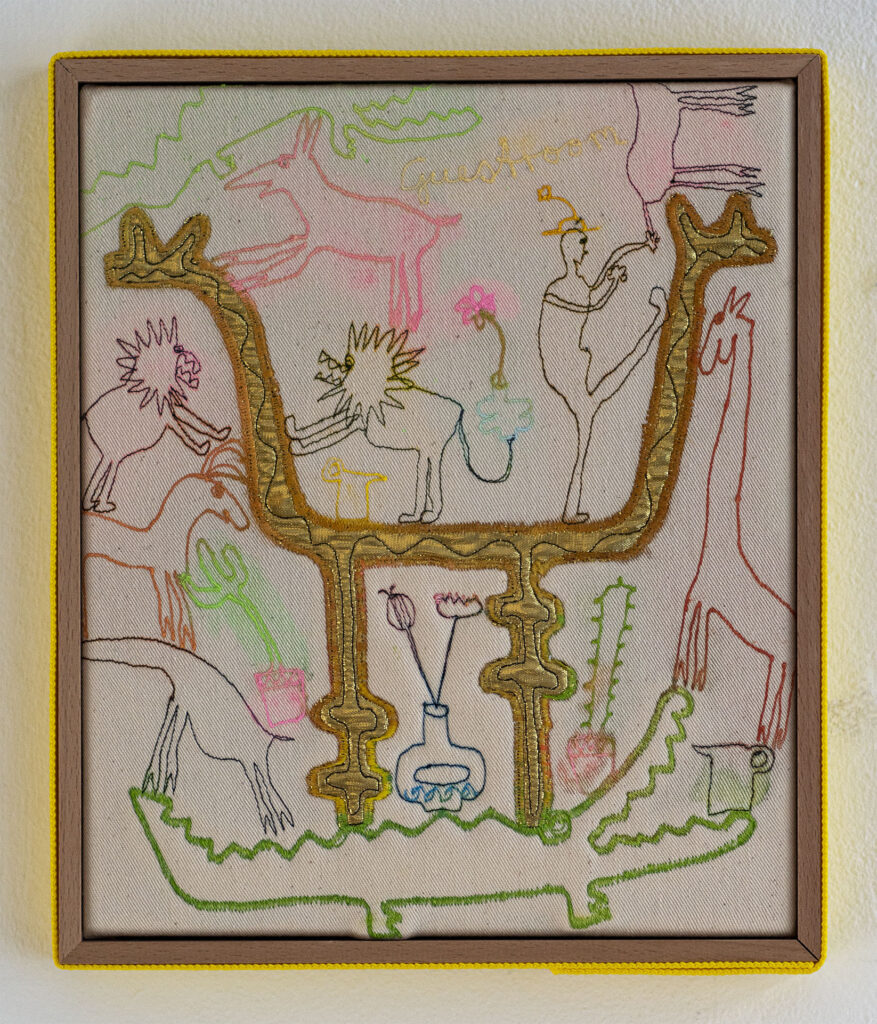 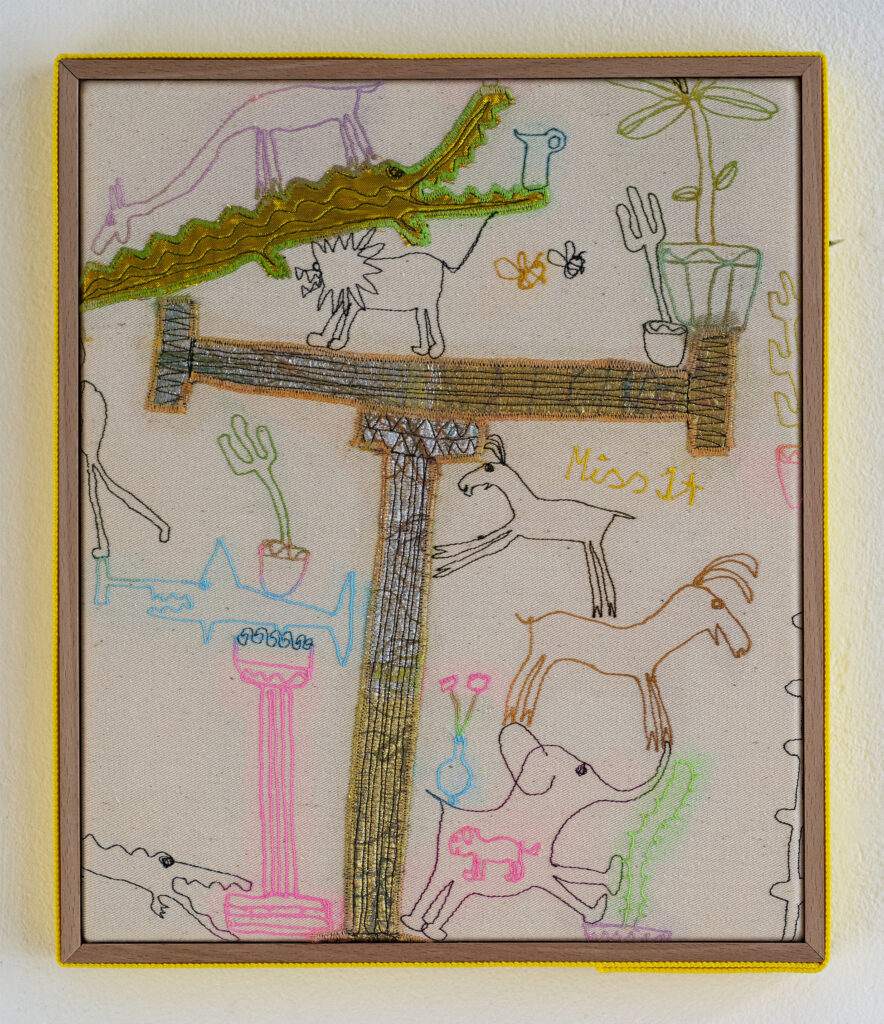 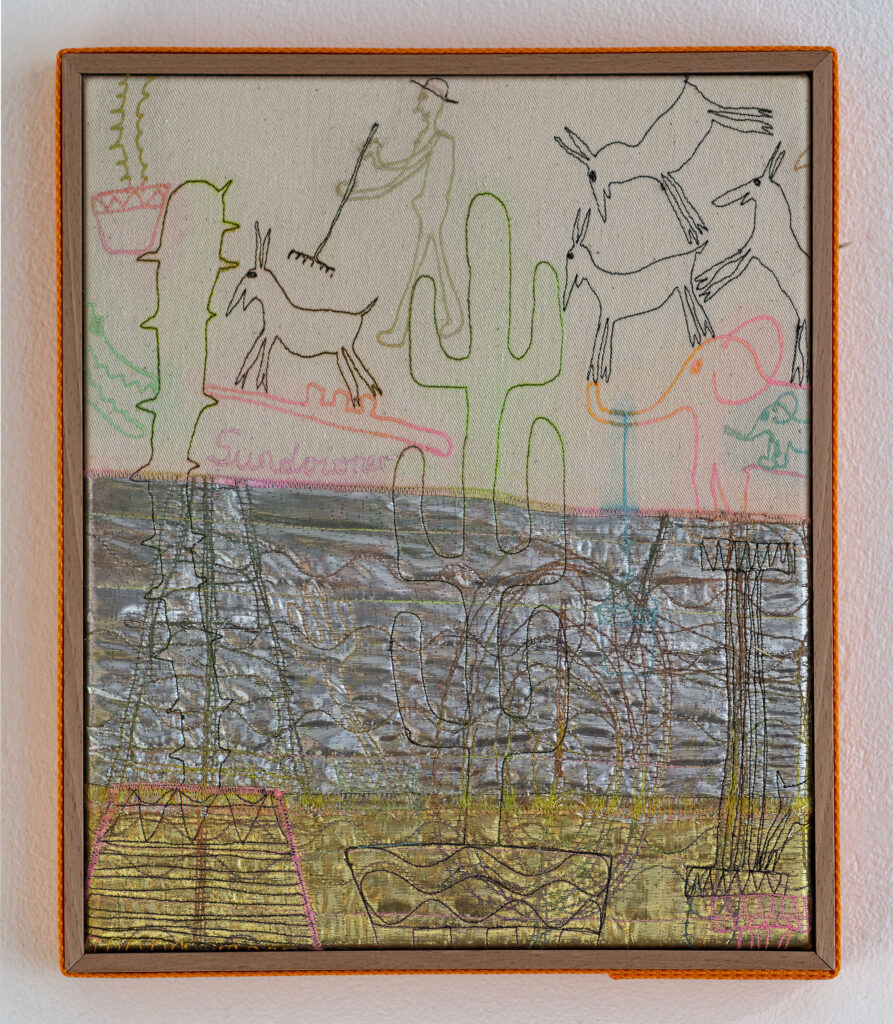 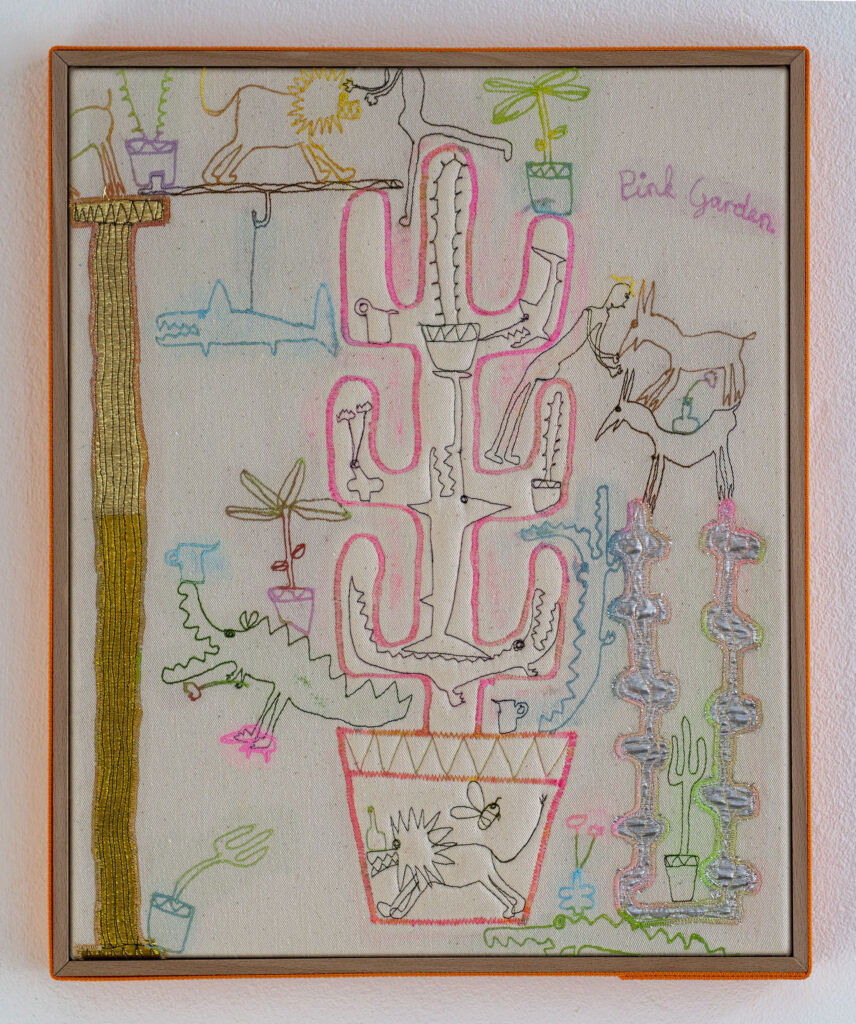